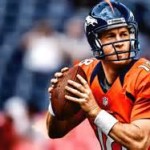 I think in this day and age we all consider it a refreshing surprise to receive a handwritten letter.  We have all become very reliant on the super, easy text message or email to convey thanks or just check-in with someone.  I, myself, am very guilty of this.  I think about calling people often and then just decide to send a text.  Same concept, right?  No, no it is not.  We remove the personal out of what we are trying to convey when we send it digitally; there is hardly a trace of us left in this avenue of communication.  Okay, so where am I going with this?  I by no means am anti-technology; I love my iphone

, ipad and Apple watch, but something is lost in all of this.  I cannot convey my true personality with a text message or email sent via one of these devices.  So what is the solution?  Take the time to write out a letter or thank you card and send it to someone.  Stationery used to be a big deal; it said something about who you were, it was an extension of your own personal style.  And of course, I have to put in a shameless plug for USA Printing Online here; we sell custom stationery.

I had an opportunity in the last couple of months to send out thank you notes after the passing of my dog, Vito.  I have to admit I was overwhelmingly sad, but very grateful to those who helped out during one of the hardest times of my life.  I also sent notes to those who brought Vito into mine and my husband’s life, as well as those who took care of our little boy along the way.  The writing of those cards offered me a release; I was able to shed tears over the words that I wrote and also it made me a little happy to let those people know that they had  meant something to me and Vito.

Someone shared an article about Peyton Manning sending some fellow NFL players  handwritten letters  throughout his career and how much it meant to the individuals who received the letters.  According to the Washington Post article,  “[the legendary quarterback spent offseasons making a list of players he had observed and admired. He often wrote to them, usually after they retired or reached a milestone, and scrawled his own memories and best wishes, usually taking note of each recipient’s respect of a game Manning spent decades attempting to master.]”.  I find this to be so endearing.  If Peyton Manning can take the time to pen a handwritten letter or card; why can’t I?

In short, take a moment out of your day and send someone a handwritten letter.  You might get the opportunity to make someone else’s day a little brighter.

Posted in Letterhead and tagged Letterhead
Scroll To Top